PROFI Engineering Systems AG, a medium-sized IT solutions company based in Darmstadt, has successfully migrated to SAP S/4HANA. As implementation partner, IBsolution supported the system conversion in a brownfield approach, after the Heilbronn-based SAP consulting company had already introduced SAP Business Partner – a mandatory prerequisite for SAP S/4HANA – at PROFI in an earlier project.


PROFI AG has been one of Germany’s most successful system houses for many years. With high-quality individual solutions, it has been optimizing its customers’ IT processes and system landscapes for over 30 years. In the SAP environment, PROFI supports customers as an SAP partner primarily in the area of system sizings as well as in the configuration, procurement and installation of the necessary hardware. The company also implements and supports all important processes in the basic SAP S/4HANA environment.

For the in-house project of migrating to SAP S/4HANA, PROFI AG was able to draw on the expertise and experience of its own employees from their successful customer projects in the area of SAP infrastructure and SAP basis. For technical support in converting the SAP application from ERP to SAP S/4HANA, the company decided to work with IBsolution. The Heilbronn-based SAP consulting company had already very successfully supported the introduction of SAP Business Partner, a mandatory prerequisite for SAP S/4HANA, in an earlier project.

The successful cooperation at that time definitely played a role in PROFI’s decision to also rely on IBsolution as implementation partner for the SAP S/4HANA migration. “In addition, the structural approach, the time schedule and the cost estimate spoke in favor of IBsolution’s offer,” says Alexander Frank, consultant at PROFI Engineering Systems AG. “Our colleagues were able to completely convince us in the preliminary discussions with their presentation of the necessary steps for our company’s business processes and with their comprehensive know-how, especially in the areas of finance and controlling.”

Decision in favor of the brownfield approach

At PROFI, there was widespread satisfaction with the existing processes in SAP ERP, which were relatively close to the SAP standard. There were only a few in-house developments. Therefore, PROFI chose the brownfield approach as the method for switching to SAP S/4HANA.

The SAP S/4HANA project was launched in March 2020. During the system conversion, the company initially refrained from redesigning processes and introducing new functionalities. Those responsible only wanted to deal with this after the successful go-live of SAP S/4HANA. In line with this strategy, the existing system, including all historical data, was brought onto SAP S/4HANA. The system conversion was preceded by a thorough data cleansing. Extensive check and correction reports prepared the dataset for the new structures in SAP S/4HANA. In this way, many potential difficulties could be solved even before the actual conversion.

Parallel implementations as a challenge

“The requirements for SAP S/4HANA necessitated far-reaching changes in some areas,” reports Alexander Frank. “A key challenge was to implement various tasks from the financial accounting/controlling area in parallel on a larger scale.” These included SAP New General Ledger, the new credit management, and changes in asset accounting. Since PROFI was using the parallel account solution under SAP ERP and wanted to continue using it under SAP S/4HANA, the conversion from the old to the New General Ledger could be implemented in the course of the SAP S/4HANA system conversion and did not have to be carried out in advance. This reduced the complexity of the project.

During the go-live of the productive system, the project participants noticed during the matching of reports that the data in the area of the old and the new asset accounting did not match. This discrepancy had not previously occurred during the conversion of the development and quality assurance system. Together, the experts from PROFI and IBsolution succeeded in finding the reason for this and eliminating the error without causing any delay in the project. Another challenge was the fact that the SAP standard was not sufficient for a complete data migration when the new credit management system was introduced. In order to be able to carry this out, IBsolution implemented its own development, which ensured the necessary enrichments on the database.

The necessary customizing was also adapted in the course of the conversion. In addition, IBsolution implemented the so-called Employee-Business Partner synchronization. By linking SAP Business Partner and HR software, employee master data can be maintained from a central location in HR. Changes to personnel data are applied in real time. With regard to the user interfaces, PROFI and IBsolution established the technical setup for the use of SAP Fiori. The focus was on two to three standard apps that are no longer usable in SAP GUI. In the future, more programs will be replaced by Fiori apps.

Getting users on board

In addition to the technical aspects of the migration, PROFI also attached importance to getting the business departments on board with the project from the very beginning. “An important project goal was not to lose the acceptance of our users, even though there were some changes in their daily business,” says Alexander Frank. “We achieved this by involving the users as early as the planning phase and also by increasing their participation in the test teams during implementation. Likewise, open, comprehensive and up-to-date communication about the respective project status helped.”

SAP S/4HANA went live in November 2020. “Thanks to a detailed cut-over plan, we were able to limit the time-critical downtime during the conversion of our productive system to a very short period of time,” emphasizes Alexander Frank. PROFI and IBsolution had thus completed the project on time and on budget.

Accordingly, the balance with regard to the SAP S/4HANA migration is extremely positive. IBsolution not only impressed PROFI with its technical expertise, but also demonstrated a keen understanding of PROFI’s requirements and wishes. Both sides maintained an open exchange, as Alexander Frank confirms: “Throughout the project and especially during the critical phase of going live, we came to appreciate not only the technical expertise of our colleagues at IBsolution, but also the very pleasant cooperation on an interpersonal level. It was very important to have a partner who supported us with their experience from other SAP S/4HANA projects and directed the focus of our work to the crucial tasks.”

However, the successful go-live was by no means the end of the collaboration between PROFI and IBsolution. In fact, both partners are currently working on implementing various process improvements and further innovations so that PROFI can benefit fully from the possibilities of SAP S/4HANA in the future. Among other things, there are firm plans to establish an automated workflow for credit limit overruns. In such a case, the administrator is to receive a corresponding warning message displayed directly in the transaction. A possible release will then take place according to the dual control principle.

So it looks like PROFI and IBsolution will be adding further chapters to their successful cooperation in the near future. Alexander Frank is ready for it: “Now that we have lifted our new platform onto the new product, we can work together with our colleagues from the business departments and our partner to examine the possibilities offered by the new system and use them to draw up a plan for the next development steps.” 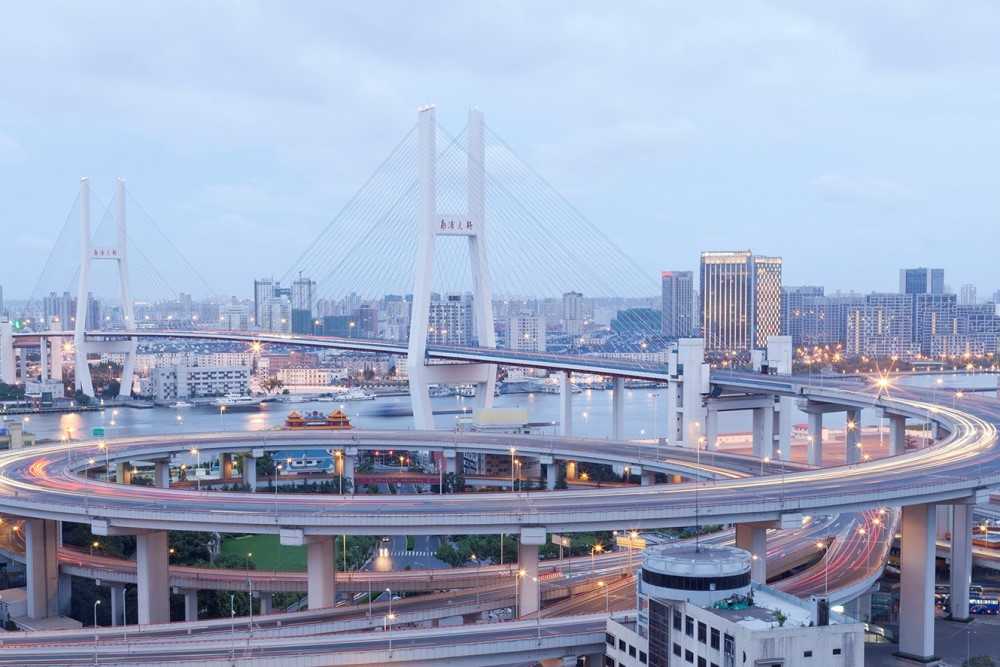 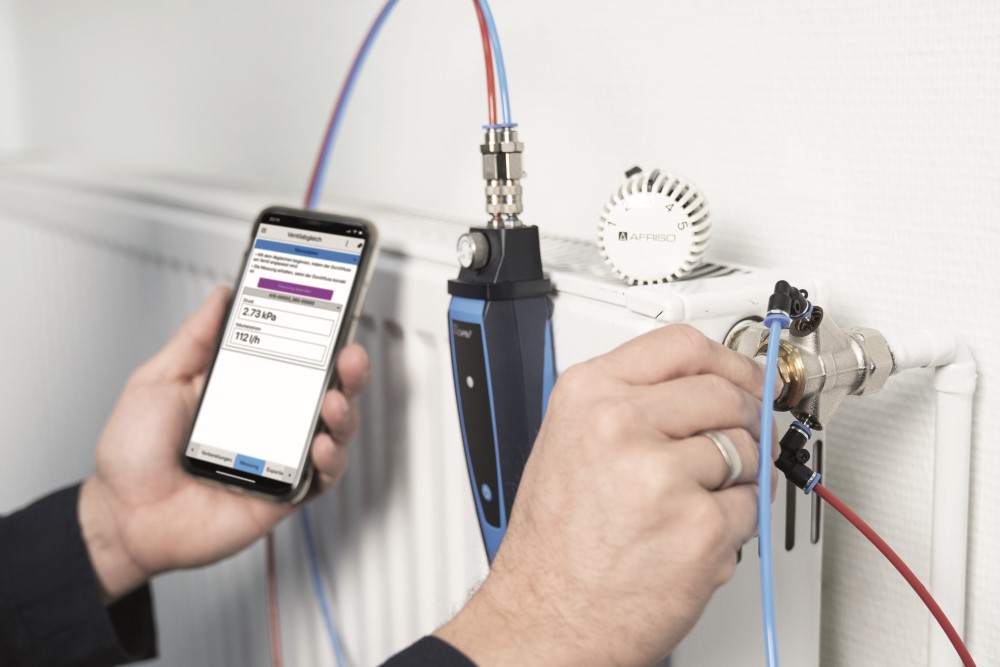